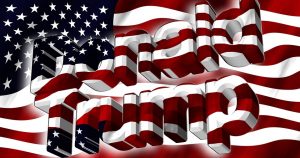 If you’re at all involved in international commerce involving the United States, then you are probably very concerned about how newly elected President Trump’s policies will impact the main clothing distribution countries involved in buying, selling, and moving sport wear, clothing, and footwear. While many of these items are bought in the domestic American market, many of them are also manufactured overseas or at least rely on international supplies and materials for their processing and assembly within North America.

Trump ran on several different platforms, but a common theme among them was putting America first. He has threatened repeatedly to back out of the TPP deal, although that was never ratified by the Senate in the first place, and also to renegotiate NAFTA with Canada and Mexico. Canada is not likely to get too impacted or focused on by the Trump Administration, but Mexico certainly is. Trump wants to build a wall along the entire American-Mexican border, but also wants Mexico to pay for it.

The sheer threat of this proposal started straining international relations between the two nations, and the possibility of tax and tariff feuds between the two can make life a headache, if not impossible, for any company that does business on both sides of that border. While much manufacturing, including clothing and textiles did move to Asia, a lot of it rebounded to Mexico to take advantage of shorter supply lines and shipping routes but while still having access to cheap labor.

Bringing Jobs Back to the U.S.

China is a nation that is likely to take some brunt from the Trump administration, as he either will be emboldened by any success he has bullying Mexico, or perhaps feels like he needs to save face after a setback. On the campaign trail he constantly claimed that China deliberately does currency manipulation to their advantage, which might be factual. He also claimed, however, that he would put a stop to it, while also promising to bring manufacturing jobs back to the United States. His actual power and details to accomplish such things are quite sketchy, and possibly not even realistic. However, considering how much American clothing and shoes are made in Asia, any tension or turbulence in the Sino-American economic connections is going to be felt by companies involved in not just manufacturing, but also shipping, transport, warehousing, and retail.